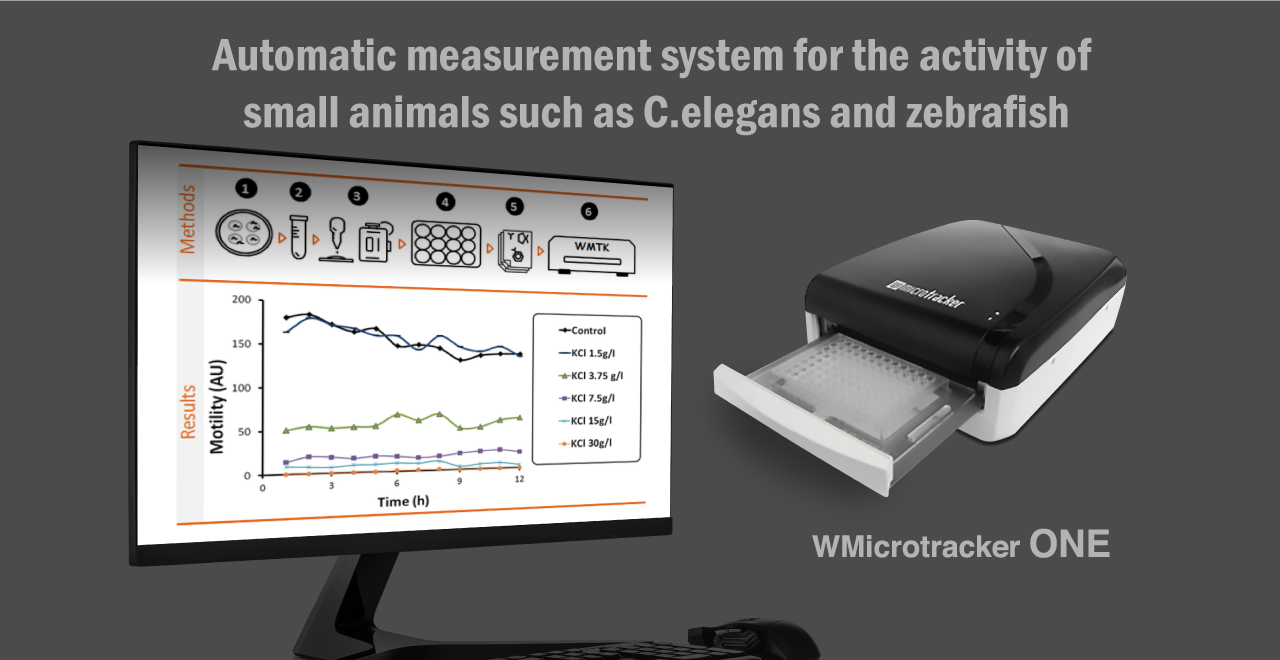 The method is based on detecting the scattering of light caused by the movement of organisms when they are subjected to microbeams of infrared light.
The technology is implemented as a grid of infrared light microbeams: 2 microbeams per well of 96 wells, wavelength 880nm, 100 micrometers in diameter, power (1mW / mm2)
When any animal scatter the light from the microbeams, a locomotor activity counter is increased, and the result can be seen as the activity accumulated over time (total or kinetic activity).
This approach has been previously used to study circadian rhythms of fruit flies. Phylumtech's innovation rely in the sensitivity obtained by the microbeams, allowing the quantification of quasi-microscopic organisms.
This product is protected under international patents, owned by the Argentinian National Research Council CONICET (P20060105084AR, PCT/IB2007/054628, EPO &US patent granted) and licensed to PHYLUMTECH S.A. All rights reserve